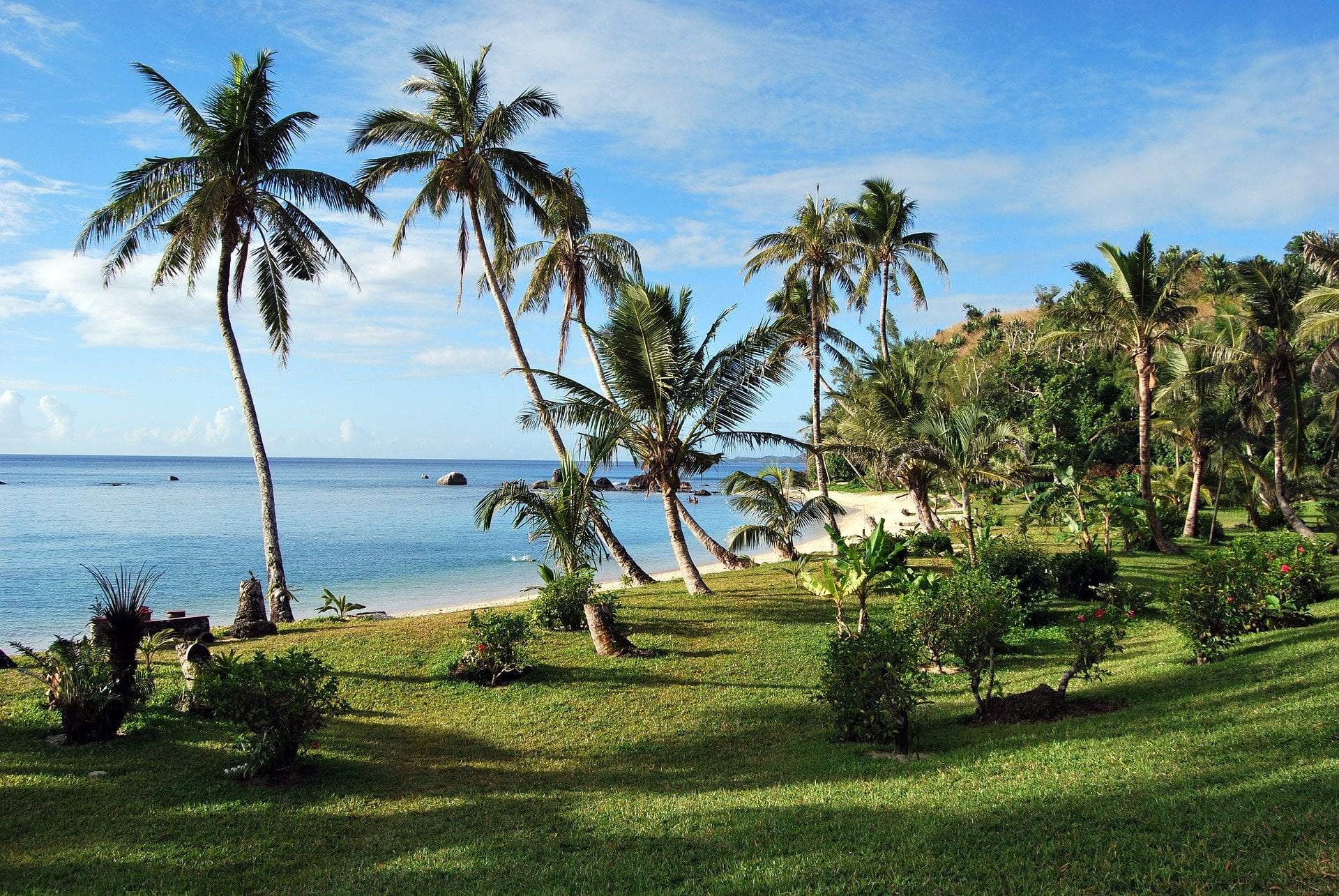 The North Mananara Biosphere Reserve is included in a perimeter limited to the north by the town of Mananara Avatra. The National Park is divided into two distinct parts. The most important part is located on the “Grande-Terre” and includes various forests (forest of Verezanantsoro, Ivontaka South and Ivontaka North and that located towards the Anove river). The second, smaller part includes the islands of Nosy Atafana (opposite the village of Sahasoa) and the surrounding reefs.
The Biosphere Reserve covers approximately 140,000 ha. The National Park covers 23,000 ha plus 1000 ha of Marine Park including the surrounding islands and reefs. The reserve is the largest block of legally protected lowland rainforest in Madagascar.
The reserve is located in a region made up of crystalline hills (Antongil granites and Mananara migmatites). Between Anove and Antanambe, the coast is occupied by a strip of sand. North of Antanambe, the beaches are more rare and isolated. The steep coast faces reefs that dot the sea for almost 200 m from the shore. The Nosy Atafana group of islands also features a submerged fringing reef.

MAROANTSETRA AND THE MASOALA PENINSULA

Masoala is actually a protected area complex of 240,520 ha. It is made up of four land parcels and three seascapes. It is one of the six national parks in eastern Madagascar classified among the world natural heritage sites of the Atsinanana forests. The Masoala complex formed by the Masoala park and the special reserve of Nosy Mangabe is the largest protected area in Madagascar. There are islands of forest or rocks, coral reefs, seagrass areas and narrow strips of mangrove forest.
Masoala is one of the richest regions in biodiversity. There are 50% of plant species in Madagascar and more than 50% of mammal, bird, amphibian and reptile species. One hundred and two (102) species of birds, of which more than 60% are endemic, have been recorded in Masoala. Of the 10 species of lemurs in the park, 4 are part of the category of the most endangered primates in the red list of the International Union for Conservation of Nature (IUCN). Among carnivores, Masoala is the only locality where the mongoose Salanoia concolor or Brown-tailed mongoose has been observed since the 1970s. This species is the least known of the Malagasy carnivores.
In the Masoala Sea live the humpback whale and the southern right whale, the bottlenose dolphin and the pink-bellied dolphin. A species of Sirenia, the Dugong, also exists in this region. Forty-one (41) genera of corals have been inventoried in Masoala. Reptiles, amphibians, sea turtles and marine and freshwater fish complete the list.

The special reserve of Nosy Mangabe is a small island (520 ha) covered by thick and humid forest. Despite this island’s distance of natural beauty, you can still find traces of its ancient human inhabitants: the tombs of an Antimaroa family are located deep in the forest, and rocks where Dutch sailors scratched engravings from the 17th century can be discovered along the coast.
Four species of lemurs (black and white lemur, brown lemur, aye aye, mouse lemur), two of which are nocturnal, can also be found on Nosy Mangabe. This is one of the places where you can find the Uroplatus, a well camouflaged and otherworldly looking lizard. Nosy Mangabe is also home to the world’s smallest chameleon, the tiny Brookesia, as well as other rare species such as the Aye-Aye. In fact, this forested island is considered by many to be the best place to observe the Aye-Aye, believed by many to be the odd lemur of Madagascar. With its golden sandy beaches, from the shores you can see humpback whales swimming in the bay, and in its green emerald forests where lemurs throw themselves through the canopy, Nosy Mangabe is a rare pleasure.

Many of Madagascar’s unique flora and fauna are concentrated in the eastern rainforests. Other attractions are the beautiful green landscape of rugged mountains, friendly people, abundant fruits and seafood, with a beautiful beach of white sand and lots of plants.

Mantadia and the Analamazaotra Special Reserve form the Andasibe Mantadia complex. These two protected areas were identical but human pressures unfortunately separated them. Mantadia covers 15,480 ha.
The forest of Mantadia Park ensures the perpetuity of many animals by offering them refuge. 108 species of birds are known in the park, some of which play a role in the survival of plants such as Terpsiphone mutata. There are also 14 species of lemurs, 51 species of Boa reptiles including the famous Boa mandotra and 84 species of amphibians.
Finally, insects are the most numerous. Mantadia’s ecosystem depends on its tiny animals: they are the pollinators of flowering plants, recyclers of soil nutrients and organic waste. In the food chain, insects are food for many birds and mammals.

Lepidoptera and Coleoptera represent more than half of the insects inventoried, with extremely rare species such as Urania madagascariensis, reputed to be one of the seven most beautiful butterflies in the world.
The forests of Mantadia are the domains of lianas and epiphytes such as orchids, mosses and ferns. Orchids are very varied with more than a hundred species inventoried. A few varieties of plants have been introduced to Mantadia. They adapt well and have managed to form a fairly abundant homogeneous formation. Chinese guava trees and other invasive species such as Camelea sinensis, Rubus mauricana tend to colonize certain parts of the protected area. Along the edge of the site grow Eucalyptus, pinus and bamboo.

A corner of paradise known by the charming name of Dream Nest – which means “Akanin ny Nofy” in Malagasy, it is a haven of peace located on the eastern coast of Madagascar. It is located on about fifty hectares, on the edge of one of the many lakes that form the Pangalanes channel, a channel that goes from Tamatave to Farafangana stretching along the east coast of Madagascar with a length of 665 km , from North to south. The lake on which the Dream Nest is located is named after Ampitabe. The most famous attraction is the visit to the “Palmarium”, located on a peninsula of more than 30 hectares on Ampitabe. It is a private reserve and it is made up of nearly 100,000 palm trees specific to Madagascar. But the species that attract a lot of people are the rarest species such as Dypsis, Ravenea, Orania, but also Voanioala and Lemurophoenix. Many species of lemurs or lemurs live freely in this reserve. And it is above all the most spectacular Malagasy lemurs that are represented there, such as the Indri Indri, the largest lemur on the planet; Varecia variegata; Propithecus or Sifaka, a species that loves to stand vertically and also threatened with extinction; Aye Aye, very threatened and very localized in Madagascar, the microcebus, lemur coronatus, very specific to the north of the island, etc. The lemurs are ten in number in the Palmarium. Crossing the Canal des Pangalanes is a difficult moment to forget. The edge of this Canal is often lined with dense vegetation typical of a decor in eastern Madagascar. This lush vegetation, due to the abundance of rain, is composed of plantations of lychees, cinnamon, coffee, cocoa, below which vanilla plantations developed.

Toamasina is the capital of the eastern region of the island of Madagascar. It is located 365km from Tana. Toamasina is the main port of Madagascar. It is one of the 6 major cities (province) of the latter. The ethnic group of the Region is the Betsimisaraka which is the second largest in ethnic number of the island. The climate varies from hot to humid to rainy throughout the year. The fertile soil is ideal for vanilla, coffee, cloves, bananas, lychees, and rice. The city of Toamasina has a splendid view on its boulevard of coconuts and palms. The East of Madagascar is the region of dense tropical forest, tropical scents and abundant greenery, sun, abundant nature. The inhabitants of the Eastern region are very welcoming and friendly.

Located 96 km from Tamatave, to the north, Mahambo has beaches open to a compartment and a lagoon. It is a famous relaxation spot for diving and canoeing.

Sainte Marie is 50 kilometers long and 7 kilometers wide. It is a vacation destination most preferred by vacationers due to its sandy beaches, its exuberant vegetation, and its spice gardens cultivating vanilla, cloves and cinnamon. Here is a snapshot of a tropical island with endless deserted beaches overlooked by coconut palms, bays protected by coral reefs from sharks, hills covered in lush vegetation, and a relative absence of tourism development. The island offers scuba diving and the water sports are a paradise for whale watchers as they pass by to bask their calves in the vicinity.

Relax on the best beach on the island, whale watching, snorkelling and diving. There are some very good places to visit, such as the Catholic Church, the Pirate Cemetery, and the surroundings of Ile aux Nattes.