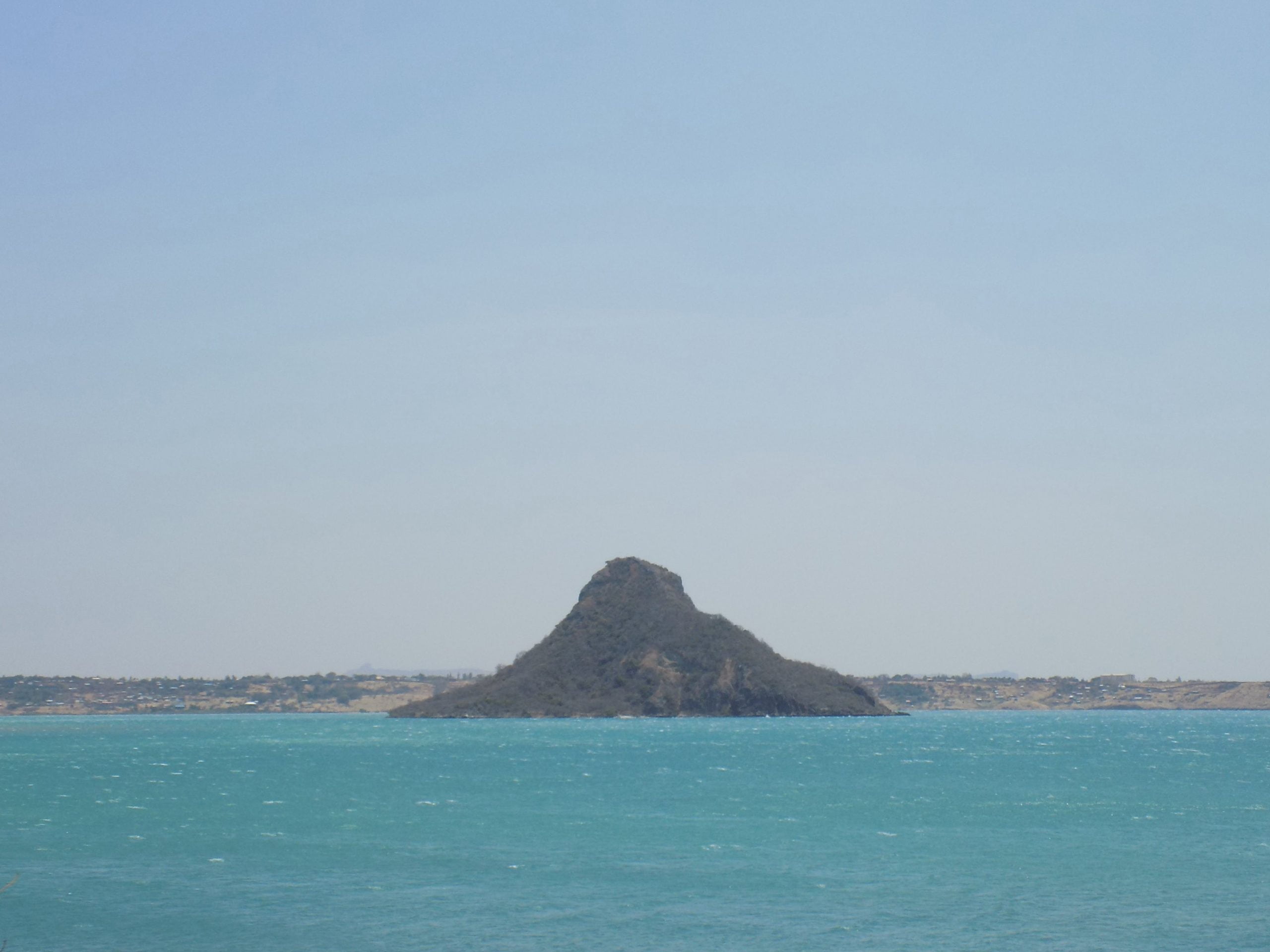 Diego is the capital of the northern part of Madagascar. It is located 1200km north of Tana; also, it is the third port of the island.
The ethnic group in Diego is the Antakarana. Its population is the most cosmopolitan in the country with the Sakalava, the Comorians, the Arabs, the French, the Chinese and the Indo-Pakistanis.
There are several micro-climates including the dry tropical climate (from May to December) which is accompanied by a strong southeasterly wind known as Varatraza; also, a hot climate dominates the rest of the year with little rain.
The city is characterized by the Tsaratanana massif which is the highest peak in Madagascar (Maromokotro, 2886 m). Evaluated as the second place of contemplation for its beauty after Rio de Janeiro, the Bay of Diègo-Suarez is a port surrounded by hills above the French Mountain.
About 30km from the city, there is a national park called the Amber Mountain National Park which is very rich in fauna and flora.

The Montagne d’Ambre constitutes a complex of protected areas which extends over 23,010 ha, including 18,200 ha for the National Park and 4,810 ha for the Special Reserve of the Amber Forest. It is a volcanic massif covered with forests stretching from 850 to 1,475 m above sea level. Six lakes and several rivers and streams criss-cross the park.
The Amber Mountain is a high place of endemicity including 77 species of birds, 7 species of lemurs and 24 species of amphibians.
The Amber Mountain has 1020 listed plant species. The forests of the mountain are populated by rosewood, Canarium madagascariensis or Ramy and Chrysophyllum, Famelona. These large trees are used in the pharmacopoeia. There are also ferns, orchids, pandanus and various palm trees which make the Montagne d’Ambre a melting pot of biological diversity.

Ankarana Park covers 18,225 ha. Ankarana is the western extension of a Middle Jurassic limestone massif which emerges from a basaltic plain located 50m above sea level. of Tsingy.
The inventories identified 60 species of reptiles and amphibians, 96 species of birds, 50 species of molluscs and a large number of Tsingy snails. 14 species of bats, half of the bats of Madagascar live in the caves of Ankarana. Two of them, Megabats and Microbats, are respectively the smallest and largest bats in the world:
11 species of lemurs live in Ankarana. It is moreover in this park that the famous Propithecus perrieri, known under the vernacular name of Black Propithecus was seen for the last time by park agents in 1995 and 1996. Meanwhile, the presence of the “dwarf ebus” Microcebus myoxinus remains to be reconfirmed.
At least 330 plant species are known in Ankarana. Most trees are deciduous and many flower from September to November. Several endemic species from the far north are found in Ankarana: Pachypodium baronia, Adansonia perrieri, Delonyx velutina, Hildegardia erythosyphon.
Several types of plant formations stand out in the heart of the park. Aerophyte vegetation on the Tsingy: these plants have adapted to the drought.
The forests that have formed in the gorges are the richest in species diversity. The most typical are the Ficus from the Morcaceae family, the Andansonia from the Bombacaceae family and the Pandanus from the Pandanaceae family. There are also wooded savannahs made of Commiphora from the Burseraceae family, Hildegardia from the Sterculiaceae family. The canopy culminates at 20 meters. This is the type of forest known in western Madagascar.

Nosy Be is the high place of tourism in Madagascar. This island, moored in the northwest of the Big Island off the coast of Ampasindava Bay, remains the most visited place in the country.

Among the most envied beaches of Nosy Be, we can mention the beach of Ambatoloaka, the beach of Andilana and that of Madirokely. These superb beaches are formed by very fine and pleasant colored sand which goes from white to black passing from gray, yellow and even red sand. While resting on these beaches, one can easily contemplate turquoise and glistening sea water, this panorama is sometimes disturbed by the quivering movements of coconut palm leaves and the scene of a nonchalantly advancing canoe. At the end of the afternoon, enjoy an attractive spectacle offered by the setting sun and the melodious rustling of the ocean. To complete your stay in this corner of Madagascar, it is strongly recommended to visit the small islands around Nosy Be. These small islands are as quite heavenly as the main island and offer visitors a legendary memory. The two nearest small islands that really deserve a little tour are Nosy Tanikely and Nosy Komba with their clear blue seabed.

Mont Passot is the highest point of Nosy Be (300 m). There are beautiful views of the series of deep blue crater lakes which are said to contain crocodiles and are sacred as the home of the spirits of the Sakalava and Antakarana princes. It is fady to fish there, to wear pants or clothing put on the feet (socks), or a hat (fady = taboo)

The entire island of Nosy Be is a volcanic region characterized by basaltic lava flows which have given rise to fertile soils. It is located in a region of eruptive rocks from the Quaternary period. The Integral Nature Reserve is made up of low altitude hills not exceeding 432 meters which suddenly lead to the sea in its southern and western parts. The coastline is made up of chaotic rock piles that only appear at low tide. The main coast of Lokobe is thus relatively rugged.
The Lokobe Integral Nature Reserve is located in the urban commune of Nosybe. It covers 740 ha. You can reach the reserve by car from the town of Nosybe to the village of Ambanoro. The reserve office is currently located in Nosy Be.
The Sambirano forest essentially covers the reserve. It is the natural habitat of Eulemur macaco, an endemic lemur of Lokobe. In this forest, lemurs take a very important part in the dissemination of seeds, thus promoting the natural regeneration of the forest. 17 birds have been inventoried, including the Madagascan Kingfisher Ipsidina madagascariensis, which is a strictly forest species, and the Madagascan Owls Asio madagascariensis, which constitute the most remarkable species.

Nosy Tanikely is an underwater reserve which offers a very suitable dive site. With just a mask and a snorkel, one can begin to appreciate the parade of thousands of species of fish from just a few meters from the beach and see groupers, sunfish, swordfish, barracuda, parrots, lines, clown fish, moray eels, turtles… These species prowl around magnificent corals, like a patrol.
Not far from Nosy Tanikely, you can visit Nosy Komba, which in Malagasy means “lemur island” because it is home to one of the species of fulvus lemurs called black lemurs with thick black fur for the male and red for the female, these lemurs in freedom are not wild, but are there to receive visitors. You can easily approach for a photo if you bring a banana to entice them. Finally, if you don’t have time for shopping downtown or in the capital, this fishing village offers a large market of different memorabilia that deserves your attention. This reserve island of volcanic origin also has beaches as beautiful as Andilana or Ambatoloaka.

Nosy Sakatia holds its fame from its wild orchids, its turtles and the majestic Cycads. This rather bare island is located west of Nosy Be. Nosy Sakatia translates as an island of orchids but with a more remarkable aspect of baobabs. There are good hotels for divers.

The archipelago of Nosy Mitsio is located some 60 to 70 kilometers from Nosy Be. It’s a beautiful little island.

The largest island is populated by Antakarana and Sakalava who survive on their bare island by farming, cattle and goats.
The bushfire has devastated the island but some forest remains in the southern part. Huge basalt columns are a prominent feature on the northwest, used as an adventure playground by enterprising goats.
The island attracts yachters because its coral reefs make good anchorages. Maribe Bay is the best place since it is protected by two hills. This is a good place to see Manta Rays.

This stunningly beautiful island means ‘good look’, made famous by British actress Joanna Lumley who ‘threw’ herself there. Red, gray and volcanic rocks rise high at its center with a mass of lush, green vegetation, clinging to the rocks. clear indigo are also found there.
Sea turtles and rays rest near the beaches.

Nosy Ankarea is another beautiful place due to its wonderful beaches and pleasant places for a walking tour. The island is superb with the fabulous flamboyant Pachypodium, surrounded by coral reefs. The forest on the island is relatively quiet, due to the many fady (taboo), except tourists from the Marlin club. It is possible to climb up the highest hill (219m – steep but good for sports enthusiasts) to reach a plateau covered in pachypodium and lots of weird and wonderful finds.

These are four towering pieces of silver basalt, two are havens to hundreds of seabirds, including brown boobies, frigatebirds and white-tailed tropicbirds. Madagascar sea eagles nest on the rocks. The sides drop vertically about 20 – 30 m, and divers come here because from the top of the three rocks, one can do dizzying dive activities. There are spectacular huge canes and rock falls in the area.

About two hours away by boat, Nosy Iranja is the most remote paradise island. Its beaches are the favorite places of the green sea turtles of Madagascar.
This wonder of nature is made up of two islands: Nosy Iranja (200ha) and Nosy Iranja kely (13ha) linked together by a white sandbank which contrasts with the turquoise water of the ocean at low tide. It is submerged by the sea at high tide. The edge that separates the mainland of this island from the azure sea teeming with exotic fish is made up of marvelous beaches of fine white sandbars set ablaze by the tropical sun. The sand is so fine and dazzlingly white that it happens to give off a resplendent reflection of sunlight.
With a tropical climate, Nosy Iranja is always under the sun which delights visitors during the southern winter season, from June to September. We can even say that the sun is always there for a good part of the year. Good weather never fails in Nosy Iranja, which allows you to fully enjoy the superb beaches. Lying on these beaches, you can enjoy a uniquely beautiful and truly moving sunset! The average annual temperature on this island is 26°. It is an ambient temperature because the expanse of sea plays a decisive role in its regulation.

This small island is located southwest of Ampasindava Bay. Known to the boating fraternity for its exceptional shelter, it is a quiet place for a few days of relaxation. Nosy Mamoko is on the routes of two or three operators, based in Nosy Be, who organize extended trips. Fishing and humpback whale watching, from October to December are the attractions of the island.

The Radama Islands, which are far south of Nosy Be and only accessible to yachters, compete with the Mitsios for its best dive sites in northeast Madagascar. They are set on a coastline of bays backed by high mountains. Most of these high islands of steep-sided sandstone are rough-hewn above and below the water and covered with grass and trees. Sharp eroded rock formations, however, make the remaining forest rather difficult to explore.